Our roads are one of the most common things we share in KAUST. Our actions on these roads, including adherence to speed limits, reflect on our overall safety culture in Keeping KAUST Safe. We need your help to reduce speeds in KAUST, especially the very high rates of speed by some drivers.

“People who speed at high rates endanger their own lives and the lives of others. Do not speed in KAUST”

Many of KAUST’s roads have digital speed signs. They not only show a driver’s speed, but also record it. Information analyzed from these signs informs the Health Safety & Environment (HSE) team of speed related issues or actions. Collected data from KAUST electronic speed-detection devices indicates some dangerous driving. As an example, data collected at two KAUST locations showed that while most users adhered to posted speed limits, many did not and some drove at very high rates of speed.

The reported maximum speeds show a disconnect of consideration and understanding of the significant risks associated with speeding, which include:

High-speed behavior on KAUST roads diminishes our common goal of a good road safety culture. All KAUST road users are required to practice behaviors that foster this safety culture including driving within speed limits and responding to unfavorable road, weather and traffic conditions by reducing speed.

Stay within the limit

A slower speed is a safer speed. The posted speed limit is not the target speed, but rather the highest speed allowed on that stretch of road.  In addition to staying below the limit, slow down and reduce your speed: 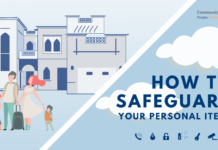 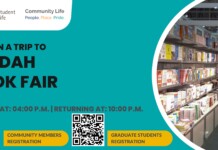 Join a trip to Jeddah Book Fair on December 10 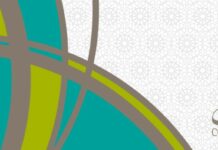