The Animal Resources Core Lab is organizing a webinar series in May about diabetes and metabolic diseases with a focus on animal models. In total, eight speakers from both academia and industry will present their most recent findings. This is an excellent opportunity to learn about technological advancements and how animal models can be used to prevent and treat an increasingly serious global health problem, with Saudi Arabia having some of the highest rates of diabetes and metabolic diseases in the world.

Arginine vasopressin receptor 2 (AVPR2) mutations can cause nephrogenic diabetes insipidus, which is a rare disease that is characterized by an imbalance of body water homeostasis. Functional characterization studies of mutant AVPR2s play a critical role to understanding the molecular pathophysiology of nephrogenic diabetes insipidus. To study the signaling pathways of mutant AVPR2s, AlphaScreen technology with EnSight Multimode plate reader were used to show the functional loss of mutant receptors. I will present the cAMP detection kit that I used to measure functional response of mutant receptors and published and unpublished results acquired with the EnSight Multimode plate reader.

Beril Erdem Tunçdemir is a post-doctoral researcher in the Department of Biology Molecular Biology Research Section at Hacettepe University, Ankara, Turkey. Her doctoral study was about the functional analysis of mutant AVPR2s (a type of GPCR) that are responsible for Nephrogenic Diabetes insipidus. During that study, she also worked in the Dr. Angela Schulz Lab at Leipzig University through the EMBO Short Term Fellowship program. She earned her PhD degree in 2016 and then began investigation on rescuing mutations of AVPR2s that affect G-protein coupling bias and intracellular signalling cascades via pharmacological chaperones.

This opportunity is brought to you by the KAUST Core Labs and Research Infrastructure
And is sponsored by Perkin Elmer,TSE-Systems, Bruker and Charles River Laboratories 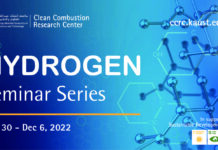 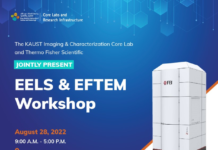 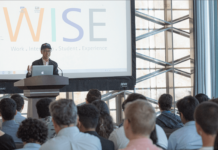