KAUST Vice President for Research and Distinguished Professor of Materials Physics and Device Engineering, Professor Donal Bradley, has been inaugurated into the U.S. National Academy of Inventors (NAI) in a ceremony held at the 10th Annual Meeting in Tampa, Florida. Bradley joins his predecessor as VP for Research, Professor Jean Fréchet and three other KAUST faculty/former faculty as Fellows of the NAI.

The NAI selects its fellows on the basis of the number and significance of granted U.S. patents for which the proposed fellow is a co-inventor; the patents need also to have resulted from university-based research activities. Bradley is the co-inventor of 16 granted U.S. patents, among which the fundamental patent (U.S. 5,247,190) on conjugated polymer electroluminescence led directly to the commercial development of solution-processed organic light-emitting diode (OLED) displays. This patent has been cited more than 1,900 times (Google Scholar) and, together with a sequence of subsequent patents that address new materials, device designs and fabrication techniques, it led to major global research and development efforts on solution-processed devices in both academe and industry.

Bradley co-founded Cambridge Display Technology to develop these solution-processed semiconductor technologies and subsequently worked closely with the Dow Chemical Company and Sumitomo Chemical, among others, to build the materials base and physical understanding needed to engineer commercial displays. Cambridge Display Technology was floated on the U.S. Nasdaq (OLED) and is now a wholly owned subsidiary of Sumitomo Chemical. Recently, Japan OLED (JOLED) successfully launched a series of mid-sized ink-jet-printed, high-definition, energy-efficient display monitors for advanced applications in the medical, gaming and professional imaging sectors.

Chinese manufacturers like TCL’s CSOT are further embracing ink-jet-printed display manufacturing techniques for novel rollable and flexible display panels and working with JOLED to fabricate large displays. Lighting applications of OLED technology are, in addition, expected to require solution-processed fabrication methods to be price competitive and will consequently also build on U.S. patent 5,247,190.

Bradley was also a founding director of the Solar Press (U.K.) Ltd., a startup company funded by the U.K. Carbon Trust to develop roll-to-roll coating processes for organic photovoltaics (OPV). He additionally assisted CSEM Brazil to secure funding from the Brazilian Development Bank (BNDES) to establish a related technical program, which led to the creation of Sunew, a leading global supplier of OPV products today.

Most recently Bradley co-founded PeroLED with his former Ph.D. student — now company CEO, Dr. Peter Levermore — to develop novel ink-jet printed displays with an exceptional color gamut, utilizing a combination of organic and inorganic light-emission materials, including organic-inorganic hybrid perovskites. PeroLED has been funded as a KAUST spin-in and is currently establishing its KSA subsidiary.  In addition to acknowledgement by the NAI of Bradley’s entrepreneurial successes, his research has been recognized by numerous other awards and prizes. He has an h-index of 131 (Google Scholar) and was recently identified as being among the 0.045% most-cited applied physicists in the world. Bradley is also a Fellow of the Royal Society, the U.K.’s National Academy. 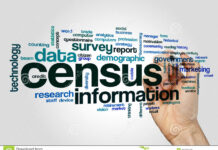 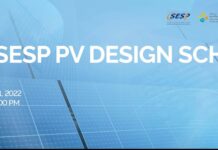 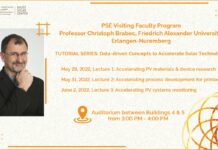 KAUST Research Conference on Advances in Metagenomics and its Applications